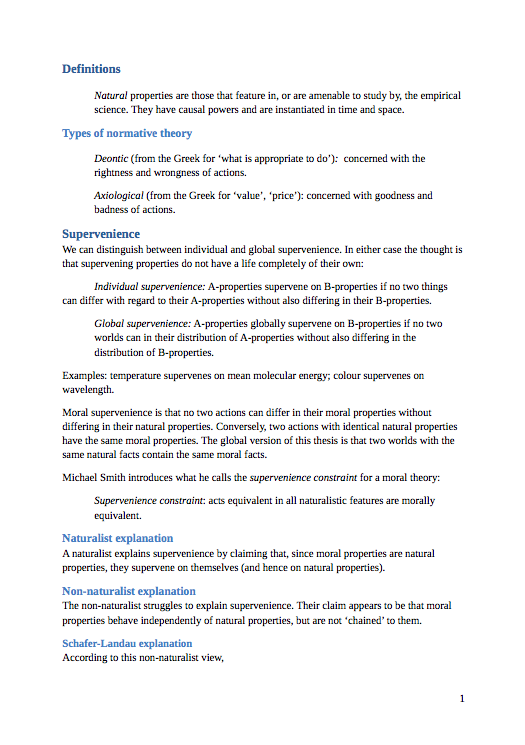 Includes a detailed summary of the arguments from - and the interpretation of - Kant's 'Groundwork of the Metaphysics of Morals', as well as the most common objections. Also includes clear summaries of key positions (and their strengths and weaknesses) in the thorny area of metaethics as well as ethics more widely, and an in-depth study of consequentialism's 'friends and family' objection.