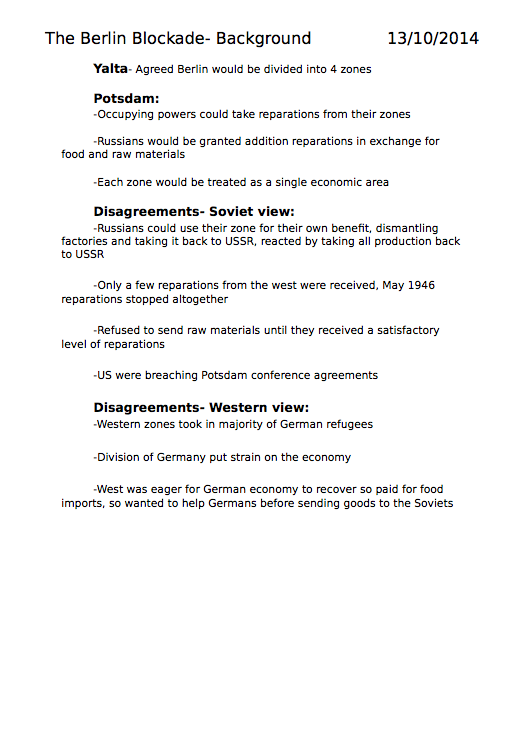 ⇒ Yalta- Agreed Berlin would be divided into 4 zones Potsdam: -Occupying powers could take reparations from their zones -Russians would be granted addition reparations in exchange for food and raw materials -Each zone would be treated as a single economic area Disagreements- Soviet view: -Russians could use their zone for their own benefit, dismantling factories and taking it back to USSR, reacted by taking all production back to USSR -Only a few reparations from the west were received, May 1946 reparations stopped altogether -Refused to send raw materials until they received a satisfactory level of reparations -US were breaching Potsdam conference agreements Disagreements- Western view: -Western zones took in majority of German refugees -Division of Germany put strain on the economy -West was eager for German economy to recover so paid for food imports, so wanted to help Germans before sending goods to the Soviety

All the factual information needed for the Cold War A2 topic, the notes are concise and easily bullet pointed. Learn these and you'll be on the right track for an A*