I help students navigate the complexities of studying law and becoming a lawyer!

🎬 Two new videos every week (I accept requests and reply to everything!) 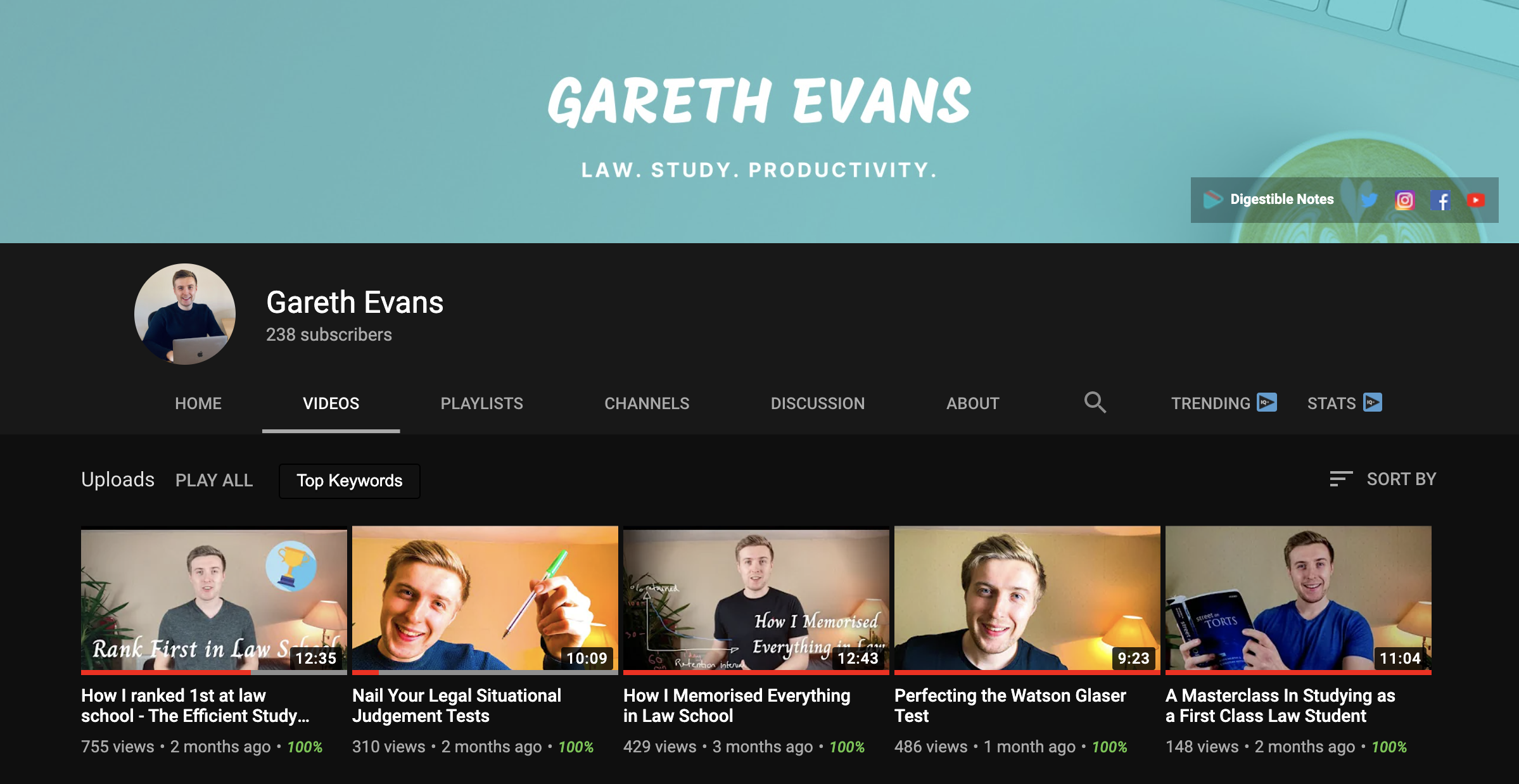 Introduction to the Criminal Justice System

⇒ Crime control model: the main goal of criminal law is to punish.

⇒ Medical model: the main goal of criminal law is the rehabilitation of offenders.

⇒ Restorative justice model: the main goal of criminal law is to get offenders to recognise their crime and make amends.

⇒ Bureaucratic model: the main goal of criminal law is to manage crime and ensure the offender moves through the system quickly.

⇒ Power model: the main goal of criminal law is to maintain a particular social/class order.

⇒ None of these theories of crimimal justice are perfect: different people take different views on the correct theory.

The Committing, reporting, and recording of a crime

⇒ A criminal act must be committed.

⇒ Unless a criminal act has been reported no action will be taken.

⇒ Most crimes are reported to the police, but it is also possible to report a crime to:

⇒ More reports are dealt with by bodies other than the police, but the police is still the largest single agency dealing with crime.

⇒ If police appear to be unsympathetic then less crime will be reported e.g. this used to be the case in rape cases, before training and efforts were made to change police attitudes towards rape cases.

⇒ Even if reported the police may think there is no need to record the report, so no further action will be taken.

⇒ Even if reported and recorded further action may not take place e.g. petty theft.

⇒ Once a crime has been reported, there will then be an investigation.

⇒ Usually this is expensive and uses a lot of resources.

⇒ The Police and Criminal Evidence Act 1984 (PACE) altered the police power of investigation. Their powers are supplemented by a code of practice they should follow:

Stop and search (under section 1 of PACE)

⇒ The police must have reasonable grounds to believe a stolen good, offensive weapon, or article used for theft will be found on someone before conducting a stop and search.

⇒ Other Acts give the police more stop and search powers:

⇒ Section 2 of PACE is to do with police procedure: the police must give their name, state why the search is taking place, and record the stop and search (there were 1.3 million recorded stop and searches in 2009).

⇒ There is evidence ethnic minorities are more likely to be stopped and searched.

⇒ If arrested without warrant the police officer must make it clear why they are being arrested.

⇒ After being arrested, the person can be detained in a police station.

⇒ Under Part IV of PACE the police must either charge or release a person with or without bail within 24 hours (however, authorisation may be given to detain someone for up to 36 hours).

⇒ Longer detention periods may be given for other offences – some of which are said to be fairly draconian e.g. the Terrorism Bill (before becoming Act in 2006) attempted to extend detention period to 90 days without charge.

⇒ Once charged they must go to the Magistrates' Court to decide if the person should be released on bail or remanded in custody.

⇒ Part IV of PACE gives details on how those detained should be treated e.g. they should have access to legal advice and ensure their physical condition is maintained.

⇒ The Criminal Justice Act 2003 allows the police to take fingerprint and DNA of those in detention (the DNA is put on a national DNA database, which currently holds 5% of the population's DNA records).

SECRETS your professors won't tell you and your peers don't know

We work really hard to provide you with incredible law notes for free...

The proceeds of this eBook helps us to run the site and keep the service FREE!

⇒ Questioning is crucial and often leads to a confession.

⇒ The police, after arresting, detaining, and questioning someone, may:

⇒ If charged with an offence it must be decided whether they should be released on bail or detained in custody.

⇒ Most trials do not make it past the Magistrates' Court (where all prosecutions begin) and most people plead guilty.

The functions of the court

⇒ There are two main functions of the court:

⇒ Deal with the case:

⇒ Ensuring the fairness of the trial:

⇒ The Magistrates' Court can 'commit' the case to the Crown Court if they believe there is a case for the defendant to answer.

⇒ From 2001 all indictable offences are sent to the Crown Court, so now committal proceedings only occur if an offence is triable either way and believed the case should be tried on indictment – in 2010, 97000 cases sent to Crown Court this way.

An indictable offence is an offence where the defendant has the right to trial by jury.

⇒ There are 77 Crown Court centres, with the 'Old Bailey' being the central criminal court.

⇒ The court is divided into three tiers:

⇒ Offences in the Crown Court fall under three categories:

⇒ The Crown Court also hears appeals from the decisions of the Magistrates' Court.

⇒ The Criminal Justice System works hard to get the accused to plea guilty as it saves time/resources.

⇒ Some say juries are not suitable for long, complex cases as they are ordinary, lay people.

⇒ Part 7 of the Criminal Justice Act 2003 proposed having trial without jury, especially in cases where jury tampering was a threat.

⇒ There have been proposals to abolish the jury: this is quite unacceptable and would be too much of a big step from the 'duo process' to the 'crime control' model of criminal justice.

⇒ 45% of those people had their conviction quashed or sentence varied.

⇒ In 2010, there were 7,250 appeals from the Crown Court to the Court of Appeal. 7% of those people had their convictions quashed and 56 retrials were ordered.

⇒ Only 480 of those cases were referred to the Court of Appeal and, of those, only 320 resulted in the conviction being quashed/sentence reduce.

Parole and the work of the parole board

⇒ Sentences can be reviewed by the parole board and they decide whether the sentence can be finished early.

⇒ Make sure you understand the hierarchical nature of the courts and how the appeals process works.

⇒ Some other helpful legal resources:

Learn how to effortlessly land vacation schemes, training contracts, and pupillages by making your law applications awesome. This eBook is constructed by lawyers and recruiters from the world's leading law firms and barristers' chambers.